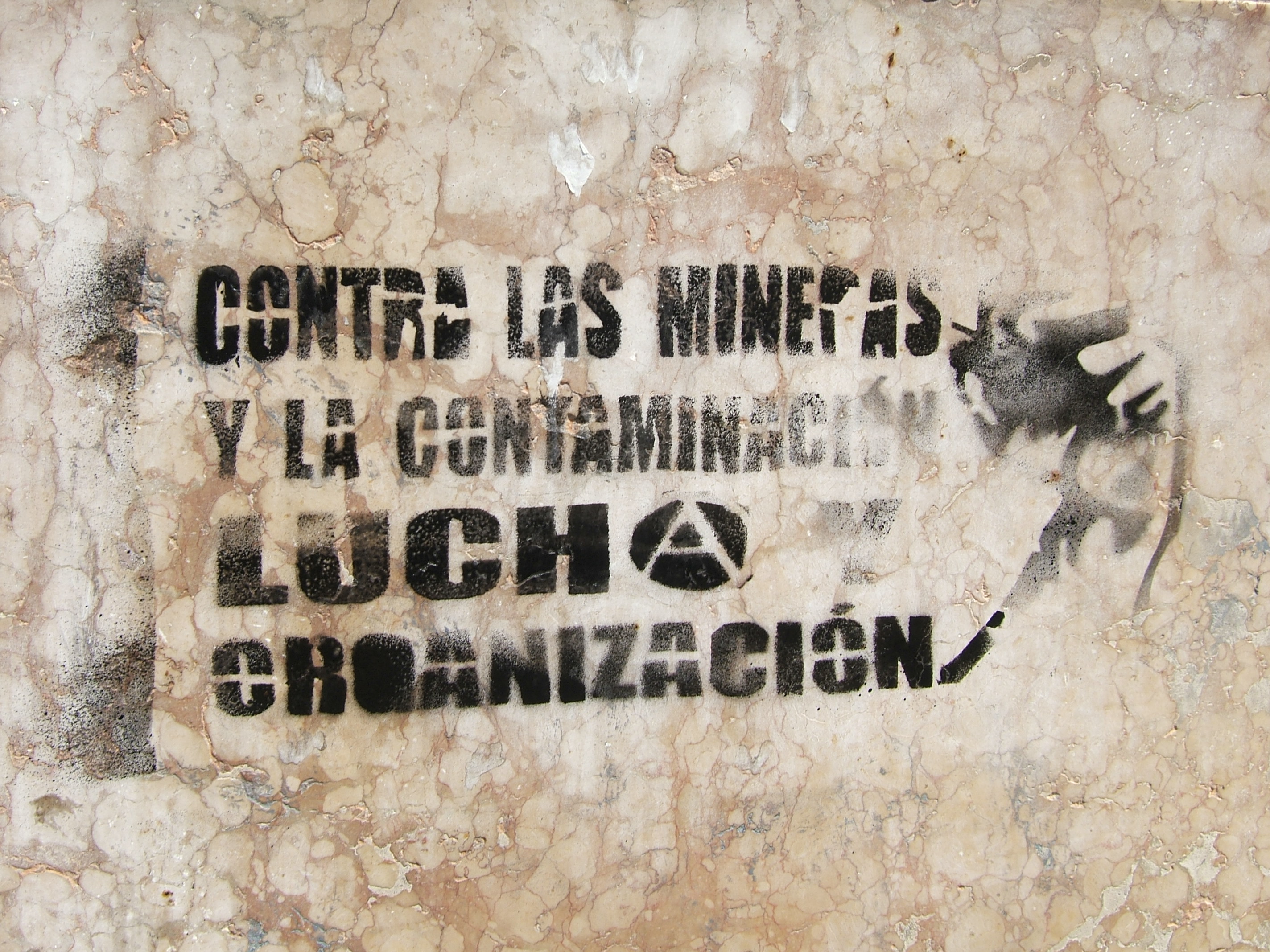 The Blackfire case stands out, although these types of allegations are by no means unheard of in the world of resource conflicts. The case has been making the news intermittently since 2009, when a community organizer and anti-mining activist, Mariano Abarca, was shot outside his home by former Blackfire employees. In 2010, the RCMP (Canada’s national police force), undertook an investigation of the company, finding that it had paid money directly into the personal account of the local mayor (although the company later claimed they thought this money was for CSR projects…). What really makes this an interesting case, however, is the role played by the Canadian Embassy in Mexico. The report, released by Mining Watch last week, details (based on information obtained under the Access to Information Act) the extent to which the Embassy went to support the company in rather sketchy dealings with local and state governments, even after the shooting of Abarca, the RCMP investigation, and numerous public meetings in which the local population made its opposition to the mine clear. Moreover, after the mine was closed by the government, the Embassy began looking into how Blackfire could go about suing the state of Chiapas under NAFTA Chapter 11. As the Mining Watch report notes, this goes slightly beyond the Embassy’s stated goal of “advancing Canada’s international trade and economic interests abroad.”

The cases mentioned here are just a few of many. As this map shows , there are 84 ongoing conflicts in Latin America alone. And while these don’t often make international headlines, the increase in conflict related to natural resource extraction has become a priority for IGOs and NGOs alike. Over the last decade, these organizations have put increasing emphasis on transparency, international (mostly voluntary) regulatory efforts and CSR projects. The work of organizations like the Extractive Industries Transparency Initiative, the Kimberly Process, the International Council on Mining and Metals, the extensive CSR projects of mining companies, and the World Bank’s recent support for “good resource governance” all point to the importance that the social side of resource governance holds for the smooth functioning of the industry.

While much of the academic literature that deals with resource issues can be criticized for state-centrism (work on the resource curse and the rentier state comes to mind) the work done by these NGOs and IGOs places perhaps too much emphasis on the private sector and civil society’s (read international NGOs) role in governing natural resources. When the focus is on the state, it is mostly related to improving the state’s technical management of resources, often with an emphasis on fiscal decentralization. While both getting the private sector and civil society on board, and improving technical policies regarding resource management (particularly in terms of environmental standards) are important and necessary to improving governance of natural resources, it risks, as critics of governance often claim, contributing to a depoliticization of the issue.

As the Blackfire case clearly demonstrates, natural resources are political, involving a wide array of international actors. Moreover, as the work of authors like Arellano-Yanguas explains, much of the conflict in mining-affected communities comes from their relationship with the central state, and their perception that the economic benefits of mining projects are not being fairly distributed to the local level – an inherently political issue. Thus, it is imperative that the host state plays an active role in governing the development of natural resources, not just in a technical governance capacity, but in a political one as well. Ideally, this would take the form of the state balancing the interests of local communities with those of their foreign investors, ensuring that those who suffer the consequences of large-scale mining also enjoy the benefits. This will be difficult, if not impossible to achieve however, when international actors like Blackfire and the Canadian Embassy undermine local political processes, and contribute to the worst tendencies of resource-dependent states.

3 thoughts on “The (International) Politics of Resource Conflicts”