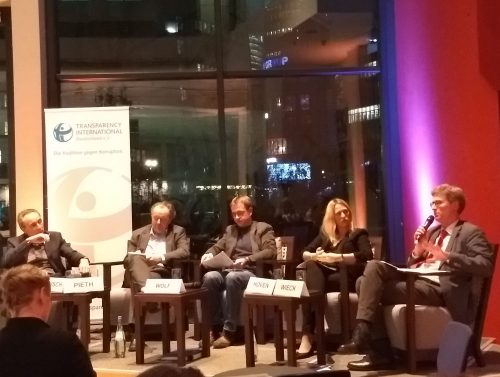 END_OF_DOCUMENT_TOKEN_TO_BE_REPLACED

This post pays homage to Joshua Keating, who has written a number of articles for Slate in which he describes news events from the U.S. “using the tropes and tone normally employed by the American media to describe events in other countries.“

BERLIN, Germany — Observers familiar with the political process in the German South were not surprised: after the details of a high-level nepotism scandal in the West European country’s most populous state were uncovered a few weeks ago, very little has happened.

The affair started in fall 2013, with a book published by university professor Hans Herbert von Arnim. While academic publication usually garner little attention in the country  –a number of tabloids dominate the market in the South– the book’s claims of nepotism were sufficient to spark interest at least among political opposition figures, who demanded an investigation. After several months of refusing to comment on the issue, the Bavarian government gave in to a ruling from a local court and published some findings. (Initially, these were accessible through the Bavarian public broadcasting service, but that site no longer appears to be functional.)

According to the report, Bavarian minister of education Ludwig Spaenle has dished out a grand total upwards of 810,000 USD to his wife since 1997. That equals 30 years of the current median household income in Germany. Altogether, members of the conservative-religious CSU party, which rules Bavaria since 1957, handed out almost 1.8 million USD of taxpayer money to their spouses over the last years.

Local officials point out that this is not illegal. The group of CSU silver-backs simply took advantage of a loop hole in the state’s laws (which the insular Bavarians are proud to defend against influences from the federal government). Since the year 2000, politicians have been banned from hiring family members and spouses — but lawmakers allowed for a continuation of existing contracts. This is why the current Bavarian prime minister, a veteran of the CSU who has weathered many scandals in the past, insists that none of the people involved will have to leave office.

The case appears symptomatic of broader problems in Germany. In the Southern state of Bavaria, a small group of elites have had a grip on power for almost 60 years. They are supported by a powerful business and agricultural lobby (the latter of which employs only a small fraction of the workforce, but receives lavish subsidies from the European Union). Traditionally, politics in the Southern state are shaped by social conservatism, local business interests, and a latent xenophobia. No wonder, then, that few people seem to care about a waste of taxpayer money at the top.

Perhaps the problem runs even deeper: one should not forget that Germany, despite its economic might and seemingly unquestionable democratic credentials, has yet to ratify the 2003 UN Convention Against Corruption. After more than ten years of dragging their feet –because of reluctance to curtail the freedom of members of parliament– federal officials have recently indicated that this might happen before the end of the year. Judging from recent events in Bavaria however, the prospect of real change remains slim. Instead, it seems likely that local customs remain entrenched, and  German politicians will find ways to bend the rules in their favor.

In a recent article, Marko Klasnja and Joshua A. Tucker provide evidence from the experiments in Moldova and Sweden to show there is a relationship between the economic perceptions of the voters and their reactions to corruption in their respective countries [gated version, ungated version]. They argue that in low corruption countries such as Sweden, voters punish the corrupt politicians in the elections regardless of the state of the economy. However, in high-corruption countries such as Moldova, voters tend to be less concerned about corruption when they are satisfied with the government’s economic policy performance. I wouldn’t hesitate to add Turkey to the group of high corruption countries, especially after the corruption investigations started in December 2013, revealing illicit money transfers to Iran and bribery for construction projects. Some have called the charges the biggest corruption scandal of Turkish Republican history. Very briefly, Turkish police seized shoeboxes stashed with $4.5 million in cash at the home of a state-owned bank’s chief executive and arrested sons of four cabinet ministers and several high-profile businessmen. END_OF_DOCUMENT_TOKEN_TO_BE_REPLACED 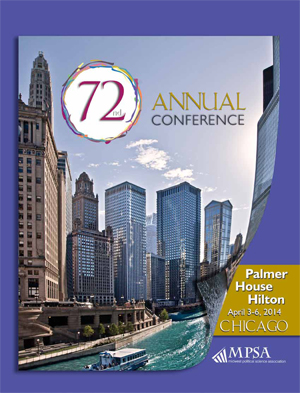 At the beginning of April, I had the pleasure of attending the 2014 Conference of the Midwest Political Science Association  in Chicago. Some reflections:

Now let me shout out a non-exhaustive list of people whose presentations I found interesting (dropping the non-IR stuff I attended):

A quick couple of links to start the week:

Ani Katchova offers free web-based materials to learn econometrics.  A lot of it looks to be relevant for political science applications. The Econometrics Academy also provides a good intro to different statistical software packages. If you’re interested in stats but have some gaps to fill, check it out! (via Phil Arena)

Speaking of large-n data analysis, I just saw this piece by Alex Hanna et al. in which they compare codings of conflict events from the GDELT project to another, hand-coded database:

My advisor and I assess #GDELT by comparing it to a handcoded protest data set. The results are a bit worrisome http://t.co/R8K2qFVECP

After the recent controversy about GDELT, this seems to be another reason to avoid working with that source until we know more.

A great example of unintended consequences and the fascinating situations that can result from overlapping and conflicting bits of international law: “Do Investment Arbitration Treaty Rules Encourage Corruption?”

[S]tates in investment treaty arbitration can escape liability by proving that the aggrieved investor engaged in corrupt activities in connection to the investment under dispute–even if senior state officials were full participants in the corrupt transaction. That being the case, states that receive inbound foreign investment have a perverse incentive to tolerate corruption in the officials who deal with foreign investors, because that corruption may help shield states from legal liability should the state subsequently renege on its agreement with the investor.

Fluffy bonus link if you made it this far: I have a feeling that many grad students will recognize “The 5 Top Traits of the Worst Advisors” … (and make sure to scroll down, because there is a #6). 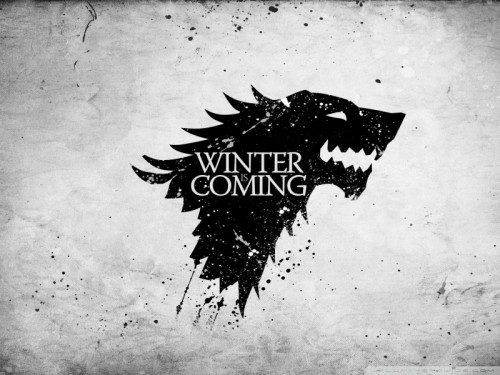 My dissertation project (on international efforts to fight corruption) in 5 questions & answers… but to make things interesting, I’ve used a text editor that limits you to the 1000 most-used English words. The idea is based on a comic by xkcd, and please check out “ten hundred words of science” for many great examples.

So, what is this thing about?

What do states do if they want to stop people who pay or accept money or presents although they should not? That is my question, and I look at many places in the world where states make plans with each other. In the end I want to explain why they decide the way they do.

Why should we care?