How to write about, or whether to even use, the concept of compliance is something I’ve struggled with in my own work. I was therefore thrilled to read Lisa Martin’s convincing piece on what she deems is a misguided use of compliance in IR (go here for an earlier version free to download).

Essentially, Martin argues that IR scholars have devoted time and resources to studying states’ compliance with international institutions, despite the fact that compliance is not what they are interested in. A central question for IR scholars is determining causal effects – answering the counterfactual of how real state behaviour would differ in the absence of the institution of interest. These interesting indicators are observed changes in behaviour, and the substantive content of state policies. A focus on compliance, she argues, could lead us to miss these entirely.

To illustrate this, Martin gives the example of a state with low levels of environmental regulation, ratifying an environmental treaty. Upon joining,

“The institution provides knowledge and capacity, and in response State B modestly improves its performance on emission indicators. However, it still falls short of institutional requirements. If compliance were measured dichotomously, State B would be found out of compliance.”

END_OF_DOCUMENT_TOKEN_TO_BE_REPLACED 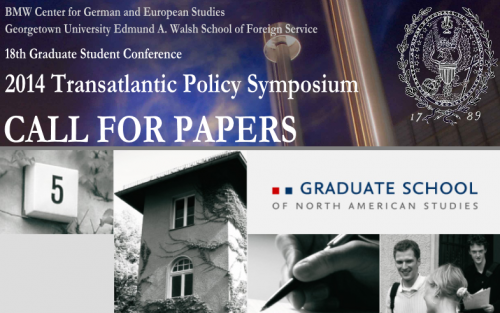 Then, there is an intriguing case of applied game theory. A company in London organizes an event called The Betrayers’ Banquet. For £ 99, you can spend an evening enjoying a “32 course banquet with an embedded implementation of the iterated prisoner’s dilemma”:

The event works as follows:

A banqueting table is set with 48 chairs, 24 on each side, at which players are seated at random. For a period of two hours, the food is served in small portions every fifteen minutes, and varies in quality; at the top end of the table, it is exquisite – food you could expect at a fancy restaurant. At the bottom end, the food is charitably described as unpalatable. In between, it is a spectrum between these two extremes.

At regular intervals, pairs of opposing diners are invited to play a round of the prisoner’s dilemma with each other; They are each provided with a small wooden coin with symbols on each side representing cooperation and betrayal, which they place on the table concealed under their palms, and then simultaneously reveal:

If any of our readers were in London and willing to go, I’d love to hear their experiences. In the comments at Marginal Revolution (where I learned about this), the game designer chimes in: “People are cutthroat, especially when they’re drunk and hungry.”

Somehow I had missed that the Duck of Minerva crew has announced the 2014 Blogging Awards and Reception at ISA. Please make sure to nominate excellent bloggers and/or go to the show, which was a lot of fun last year.

Also at the Duck: Burcu Bayram discusses Lisa Martin’s recent article “Against Compliance”. This discussion is relevant for several of my colleagues and I hope we will be able to follow up on this… (yes, this is a hint to a certain co-blogger)