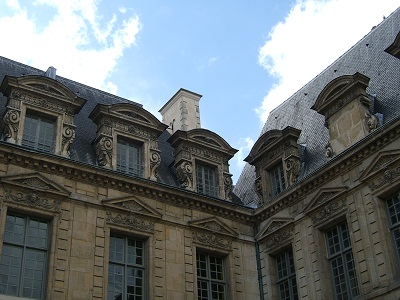 Whether we like it or not, the world academic language is English, and if you are a North American aspiring academic, it would make sense to stay close to the ivy-covered centre of the universe. Some of us, however, do not make that choice. We are two Canadians (one Anglophone and one Francophone) who decided to study in Europe instead of staying in Canada or going to the US. Much is made of the differences between Anglo-American and European approaches to both of our disciplines (IR and philosophy respectively) and leaving North America to study in Europe may raise a few eyebrows.

So, what is it like to leave the hegemonic academic culture to study in Europe? We asked ourselves a few questions about it, and the following is our take on doing a PhD across the pond…

Why did you decide to go?

Zoe: I always assumed at some point I would live abroad and when I applied for PhD programs, I didn’t seriously think about staying in at home. Academically, studying in Europe was more appealing than the US (not least because I didn’t have to add GRE-prep to the application process) but, as a native English speaker, it seemed pointless to do academic work in a second language. So, I looked for programs with interesting faculty and a general approach to the discipline I thought would be appropriate for the type of research I wanted to do. I applied to UK programs and the BTS. BTS has much better funding than the UK programs I was accepted to (also: Berlin > Coventry). The fact that my co-author was already living in France was an added bonus.

Etienne: I came out of six years of philosophy at the University of Ottawa with Canadian funding that I could take to any university I chose. Through my advisor in Ottawa, I had the opportunity to go study with a respected scholar working at la Sorbonne whose work I was interested in. It was an offer I couldn’t refuse, especially given that I didn’t feel like doing (nor do I agree with) the GRE. The US was a no go, and the idea of living four years in Paris with full funding sounded pretty good.

What are the biggest differences (academically and socially)?

Zoe: I am in the odd position of studying in a German program that is (to an extent) modeled after the programs at home. So it doesn’t feel that different, socially or structurally. One of the small things that has struck me is the extent to which having a PhD is valued here. While Canada may not have quite as pronounced of an anti-intellectual streak as the US, getting a PhD is not something that will necessarily be greeted with a lot of enthusiasm or understanding. Also, the job market in North America isn’t that great (or really really terrible, depending on who’s talking). My European colleagues don’t seem to have quite this level of fear of unemployment and I think a PhD is considered intrinsically more valuable here than at home.

Etienne: Being from Quebec and sharing a language and to some extent culture with the French, I expected to feel pretty similar to them. I am not. I would be inclined to say that there is much more distance in everyday social relationships in France than in North America. I feel more North American than I ever did before, a bit like a pickup truck parked in front of the Fontaine Saint-Michel. Of course, the academic environment is a reflection of the wider social customs.

What are pros of studying in Europe?

Zoe: Of course, the general benefits of living in another country, learning a new language etc. apply to doing a PhD abroad. Academically speaking, it will also expose you to different ways of doing your discipline, which can be really interesting and challenging. If you manage to maintain contacts back home, you will also greatly expand your professional network, which can’t hurt, in light of the aforementioned employment issue.

Etienne: The scariest part of doing a PhD in France may also be the best. Being here, you understand quickly that it is up to you to work on a daily basis, and to get feedback on your ideas. If you don’t pressure yourself to do this, nobody else will. It might be overly optimistic, but I think this makes the unstructured PhD training very efficient. Think of it as a cruel but useful test. If you do manage to write a good book-length dissertation without constant feedback, I have no doubt that you can be an academic. You might not get a job, but if you do get one, you are going to be good at it. But, to be honest, the best part of the experience is more on the personal level, I get the chance to spend my mid-twenties between Paris and Berlin while being paid to study Kant and Aristotle.

Zoe: Of course as an outsider, you will to some extent be at a disadvantage compared to home students; another difference I have noticed in Europe is the prevalence of research teams, something I think isn’t as common at home, and as an international student you may not have a lot of faculty connections (aside from your supervisor) at the outset and have a harder time getting involved in other projects.

Of course there is also the question of whether a European degree is valued in the States. The general consensus on various message boards I’ve seen is, unfortunately, no unless you are in a highly specialized field.

Etienne: The experience of doing a French PhD can vary completely from one individual to another. If you are lucky, your supervisor will be interested in you, you will be integrated to a research team and you will find people who can give you feedback on your work. If not, you will be really isolated in an academic culture you don’t necessarily understand. It might also be more difficult to re-establish contacts in your home country. Luckily, I am fairly well-integrated in a research team. If not, I think I would find the process twice as hard.

What advice would you give someone considering a European PhD?

Zoe: I feel bad now that my cons section is so much longer than my pros, given that I’m actually enjoying the experience. I think the most important thing is to decide on what your goals are, academically and professionally, before you make your decision. If you want to be the next Anne-Marie Slaughter, and you already live in North America, it might not make sense to study in Europe. If you are more interested in experiencing another academic culture, living abroad short term, and possibly working here as well, then I would suggest at least considering it.

If you do decide to do it, then I would suggest the following: 1) Find a few friends or professors who can give you feedback (harsh feedback when necessary). 2) Find yourself a workplace away from home. One of the hardest things in France is actually to find a place where you can work seriously, as the majority of students do not get office space. 3) Think of Europe as a network, and try to find opportunities to present your work in different countries. 4) Focus on your PhD, and not too much about the professional challenges that might come after. If you need to adapt, you will (especially if you need food). 5) If you have sporadic (and rather intense) breakdowns, then remember that’s just a normal part of being a PhD student, wherever you are.